I’m in the business of marketing freedom.

I don’t mean marketing freedom as a concept where we’re all free in general, I mean I’m in the business of bringing marketing liberation and freedom to business owners.

One of the biggest problems and points of pain that I hear that business owners suffer from is that they cannot seem to get enough of a grasp of what marketing is;

how to make it work,

why it isn’t working,

and the latest trends.

All of the things that bother them, such as;

they don’t understand the connectivity into the sales pipeline,

they don’t understand why sales aren’t as effective as they can be,

they don’t understand why no one’s talking about them,

They just don’t seem to understand when no one’s talking about them, why the phone isn’t ringing, why it isn’t working and why the business feels under threat as a result.

That’s where I come in.

Because when a business owner has spent a little bit of time with me what they generally feel is marketing freedom.

Something that they and their team have built to deliver with the resources they have.

That sense of calm and freedom from the pains of marketing that most business leaders go through, is the thing that makes me the happiest.

But they’re marketeers in the way that they suddenly start to think about;

All the things that actually are going to turn marketing into something meaningful that they can sit on top of and be in charge of.

They can then determine whether they deploy extra budget and resources to marketing, what’s working and what isn’t.

Let me bring you back to the beginning, what they have experienced at that point is a liberation from the absolute anguish and anxiety of not understanding marketing.

What they end up with is marketing freedom.

What they end up with is a sense of control and a state of calm that they’re on it, that they know what’s going on and that they know how they can impact on their future, using the toolset that marketing gives them.

And it feels great to be someone that helps business leaders sleep a little easier at night and get a little better at marketing.

How free do you feel when your marketing? I’d love to know. 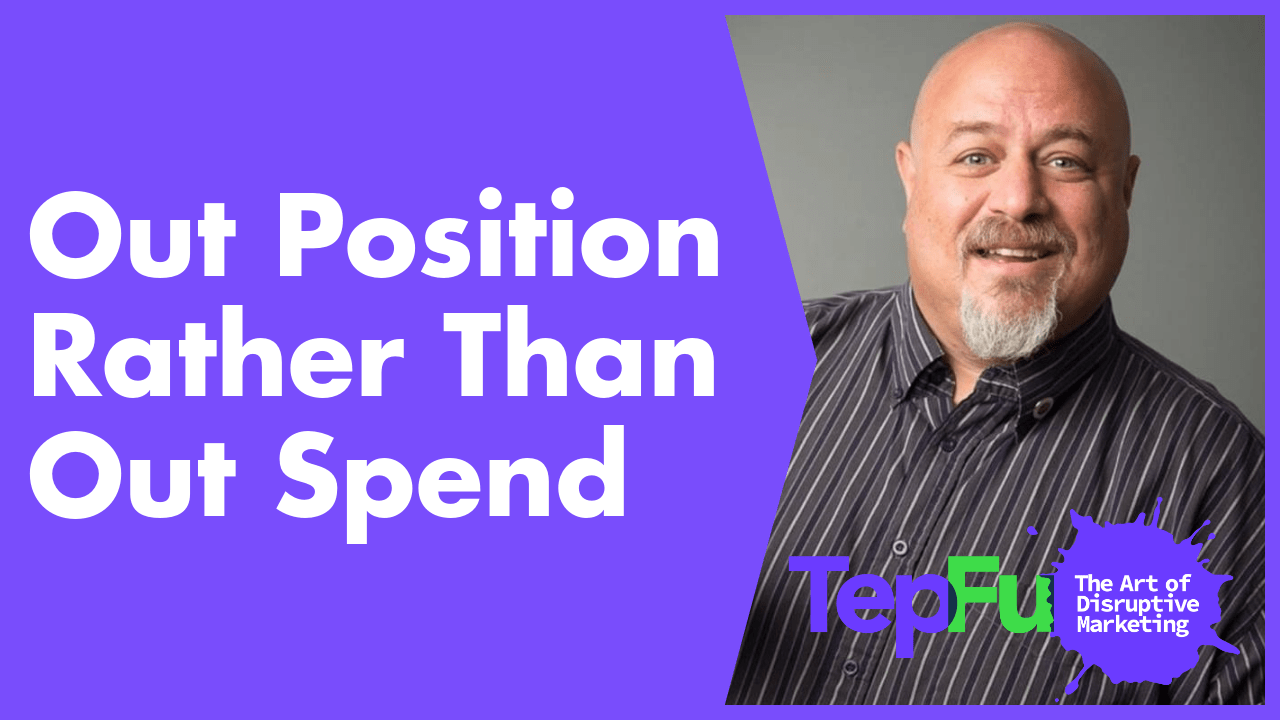 Out Position Rather Than Out Spend

Out Position Rather Than Out Spend