We had the opportunity recently to speak to a group of people and one of the primary questions I asked them was why they think marketing sucks, what they think is wrong with marketing, what they hate about it, and what they dislike about it.

This is what they said;

Here’s 13 reasons why marketing sucks and the antidote.

Number one – Not enough measurement.

You’ve got to focus on the key one or two things that are measurable and absolutely measure the hell out of it. Not enough measurement is a poor reason why marketing sucks, it shouldn’t be the problem, absolutely.

Choose which businesses to work with people that have been doing it for a while and have loads of credibility. Of course it is going to cost you more, but if you buy it cheap you buy it twice. And in the context of marketing for your business, why would you buy cheap? Cheap isn’t gonna get you the result, it never does.

Make it achievable and realistic for the business, it shouldn’t be too complex. If you’re working with someone who’s making it too complex, that’s a big alarm bell, they should be making it easy for you.

Your marketing should be linear, on a monthly basis you should be able to go from A to B and say right we’re doing that that and that.

Marketing should give you more control not more chaos.

In your business, if you own your marketing it doesn’t need to mean more stress – it should mean less if you’re doing it right. Doing it right is not rocket science, we train people in one day to own their marketing, to be able to have the brand and the strategy and the plan to be able to take that and outsource it to get it off their desks.

Lots of people in life will advise you to get rid of the small tasks off your desk and focus on the big tasks worth the most money, marketing is a great example. There are lots of qualified experienced marketing juniors, marketing freelancers, marketing VAs, who can lift most of the heavy stuff and help get it off your desk.

It’s not about more work, if you’ve got more work and that’s why your marketing sucks – get rid of it.

Number six – Where do results come from?

Where do your results come from? Ultimately they’re your numbers, it’s your money. At the beginning or when you can, ask whoever you’re using to do your marketing questions like;

How are we gonna measure it?

How are we gonna know what success and failure looks like?

How are we gonna measure this?

How are we gonna know who our customers are?

How we’re gonna know our campaigns?

How we’re gonna know the impact?

What’s gonna be the outcome?

How will we know when we get there?

‘Marketing is on the back burner, we never have time for it, we just can’t get to it.’

I know from experience, I will speak to a client and they will say ‘oh, we haven’t sent an email in weeks, we’ve got an email list but we’re very inconsistent we really don’t know’

What do we get in return?

Even if you’re measuring ROI, ultimately you have to build what matters and what measures.

You cannot have intangible assets as an outcome from marketing, whatever you’re doing think of ways to turn it into value. It’s not just some ethereal world that’s suddenly gonna throw customers at you.

When you get your marketing working, even without doing all the work, if you have control and you’re working with great partners, they should be building tangible assets; an email list, a Facebook page, conversation growth, organic this, paid that.

There are three types of media; paid media, owned media and earned media.

The problem with paid is it doesn’t leave you with much once you switch the tap off. But it could, so how can paid media leverage your owned media (your website) to create earned media (user-generated content or reviews or buzz).

Think about those things, your marketing should be tangible and should leave you with value.

Number nine – Why can’t anyone pay based on performance?

We always have to pay for the work and not the result.

This is the worst for me, the worst reason why marketing sucks because it’s most unfair.

I would say that because I work in marketing, but here’s my honest view.

The reality is most marketing can do you the job of bringing people to the shop or to the website but as marketers we can’t own the sales. You can build in performance related targets, nothing stopping you doing that, but you have to accept there is some element of the work that you are going to have to pay for.

Imagine if you build a house and then a year later said to the Builder ‘but I didn’t live in the house, can I have a refund?’ The builder is gonna laugh at you and rightly so. Marketing will build you a house but you’ve got to live in it and you’ve got to close those deals and get people over the line.

Number ten – Does anyone believe any stats anyway?

Well this is a really fair point, anyone who throws stats at you, could throw stats at you that matters only to them, so you need to own your stats.

At the beginning of a project, decide what KPIs (key performance indicators) are going to matter, how you’re gonna measure them, what success and failure looks like and then the stats you get will be believable. If you’re just getting stats from someone else and you’re totally disconnected or disassociated from it, they can prove anything, it’s hard to know.

Ultimately, beware the spreadsheet Warrior, in my experience both in sales and marketing, the people who spend all their time building amazing spreadsheets, building amazing stats programmes, I’d rather see a couple of simple stats to start with, just some basic behavior based metrics and then let’s record the behavior and get to the action.

How do I know if I give you X thousand pounds you won’t just be throwing it down a hole.

Ultimately everything is a risk in business, you’ve got to mitigate that risk.

For most, when they spend money in marketing they’ve had at least one bad experience that’s backfired.

Our advice is take it slow and steady, build trust, and take baby steps.

We often advise clients who want us to come in with a full on pitch, actually they would be much better to spend one day with us, work on the pyramid and the strategy, get that bit right because that’s a tangible asset they can take away. It’s much less value to us but we’re going to know then if we can work well together – it makes for much better relationships.

It’s always a lovely moment when I say that to a client, they’re kind of like ‘wow, you’re not trying to take more money off me, you’re trying to take less.’ Some people think that’s nice, it works for me and it speaks to my values.

Personally I’d rather under-promise and over-deliver. I’d rather absolutely over deliver in the early days, build the confidence with them and get through the trust curve quicker.

Number Twelve – Too much commitment without enough understanding.

You have to have a commitment to at least owning it, controlling it, this doesn’t mean you have to do the work, but you do need to do to know more.

If you don’t want to own any of that, go get job, and you won’t have to worry about any of that. But then you wouldn’t make the high return for taking the risk.

Number 13 – There’s no barrier to entry.

There’s no barrier to entry so marketing is awash with suboptimal practitioners.

Everyone’s been stung, even in the early days I was stung by a supplier or two. That doesn’t mean they’re evil, it just means that we didn’t get it right, they sold too hard, they sold me something that I didn’t need and it didn’t work out.

Ultimately my advice to anyone is beware the inexperienced, if your gut tells you cowboy, it’s probably a cowboy.

There is no barrier to entry and there is a lot of chaff in the market, make sure you end up with the wheat.

So get your sorting hat on and pick wisely.

So that’s my thirteen reasons why marketing sucks and I hope that helps you. 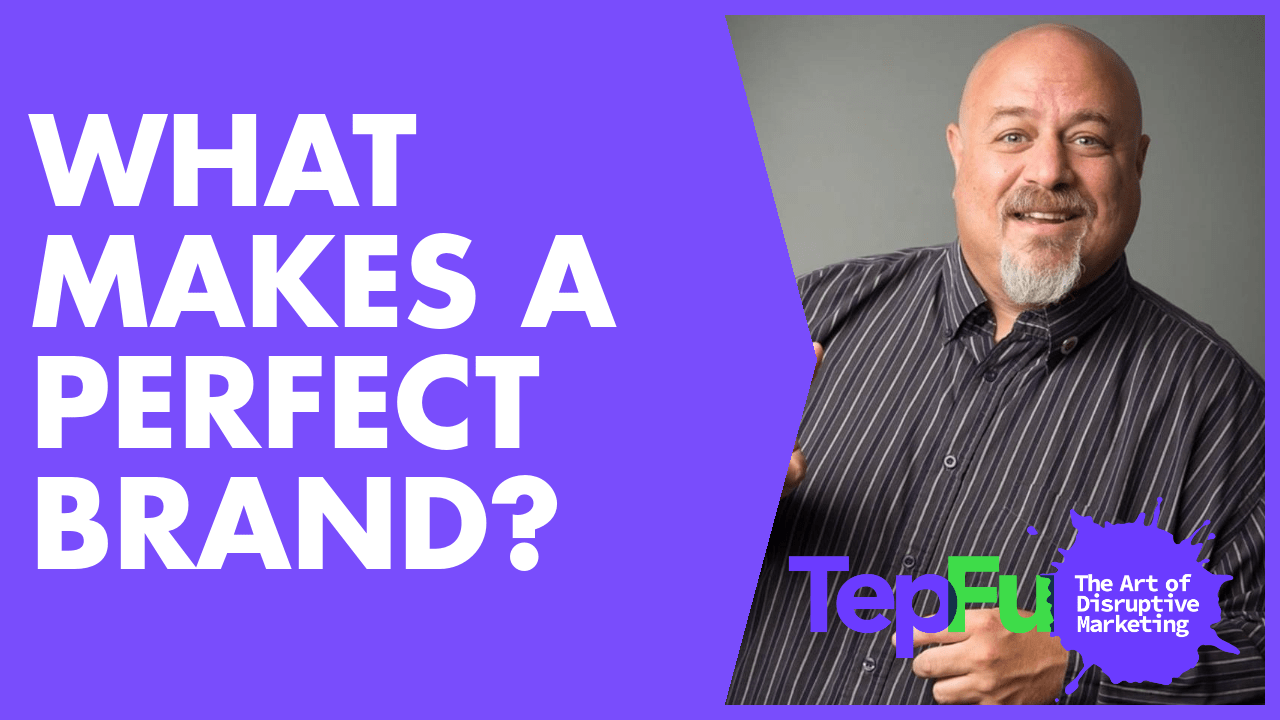 What makes a perfect brand?

What makes a perfect brand?