Marketing Should Be Murder!

There’s been a murder! In my family we play board games a lot and we have a fantastic game called 221B Baker Street and it’s all about Sherlock Holmes (Check it out here). In it there’s cases and you have to explore the board to discover clues and build the profile of the murderer, motive and method and weapon, and then you reveal all and it’s fantastic.

Marketing should be murder.

I mean that in a positive way, what I mean is it shouldn’t be difficult and painful but it should be methodical. There should be structure and in the world of Sherlock Holmes, murder obviously always has a structure and he unpicks it.

For me Sherlock Holmes is a great way to think about the motive, the murderer and the weapon when it comes to awesome marketing. As Holmes might say at this stage, the game is indeed afoot! What am I on about? Well bear with me here, the motive is about following the meaning and the feeling of your marketplace.

What is going to motivate them?

Marketing is all about motive and motivation, so who do you need to motivate?

And what will motivate them?

What will float their boat?

Why will they care?

What would cause them to act?

Now we’re not asking them to murder anyone of course, this isn’t an incitement to murder, but we are asking them to click on an email, follow us on social, start a conversation with us, maybe buy from us or visit something or read something. In that context we definitely want to encourage the action.

So what’s the meaning and what’s the feeling that you need to tap into to motivate your person, your customer, your prospects through your marketing?

Onto the murderer, well of course there’s no actual murder, please don’t go out and murder anyone, that would be really awful for everybody. But who needs to lead on the execution of the marketing for the business?

And again execution is an intentional choice of words, by execution I mean the actual delivery of who’s going to do the work?

Who’s going to make it happen?

For example; I once read a story of an organisation, I can’t remember which organisation it was quite a long time ago, 15/16 years ago now, of a company getting to know its staff better and discovering that there was a lady in the documentation department who had been at the company the longest. This lady had actually been keeping an unofficial history of the company. The organisation encouraged and supported her to launch a blog about the history of the company, and that got lots of traction and engagement because the company was an older company. That meant lots of people over the years had been there and a lot of people’s parents had worked there. And this whole community emerged of people whose individual history was tied to the history of that company. That was just someone in the documentation department, who up until that point wasn’t in marketing, but you can see why she’s in marketing now. She’s playing a role, she’s got a story to tell, so who needs to lead on the execution for your business?

Who in your business could indeed lead on the execution?

Who has something to say?

And if you don’t know the answer to that, find out, speak to your team, what do they know?

What do they care about in relation to the business?

What floats their boat?

What are they obsessed with?

If you have a softball team or a soccer team, is there somebody who obsesses about the stats? Great, absolutely brilliant, tap into that.

Does somebody’s nineteen-year-old fashion student child want to develop the uniforms for that team?

Since I discovered the Frank Zappa quote that I often reference in 1998, it’s held true. Frank Zappa said;

“An algorithm can tell you a story, but it can’t tell you the whole story, it just doesn’t have the eyebrows.”

People buy from people, now more than ever.

Who in the business in marketing?

Who in the business that’s not in marketing?

Who outside the business that’s a customer?

And who outside the business that’s not a customer?

Could be a partner, could be a network you’re part of, it could be a prospect, you could be running a non customer focus group with people finding out why they don’t use you, and being brave and open and putting that out there.

Ultimately you have to reverse engineer the breadcrumbs of your campaign strategy. What Sherlock Holmes does is often referred to deduction, it’s actually not its induction. Induction is that he takes the clues and forms a hypothesis based on what happened, that’s actually induction. Deduction would be to start at the end and work his way back, which he doesn’t do. He knows there’s been a murder, but he just observes and gathers the clues and no matter how… you know he says;

“Once you eliminate the impossible, whatever remains, however improbable, must be the truth.”

But of course that’s elementary my dear reader as Holmes might say, and so ultimately I think there’s a massive lesson from Sherlock Holmes about how to reveal the motive, the murderer, the executioner and the weapon when it comes to making your marketing awesome. There’s a great little structure there, it’s quite fun as well, you can even gameify it in your business, and you know flip it entirely and make it about you know the case to solve the new customer, whatever it is, you have a lot of fun with that. 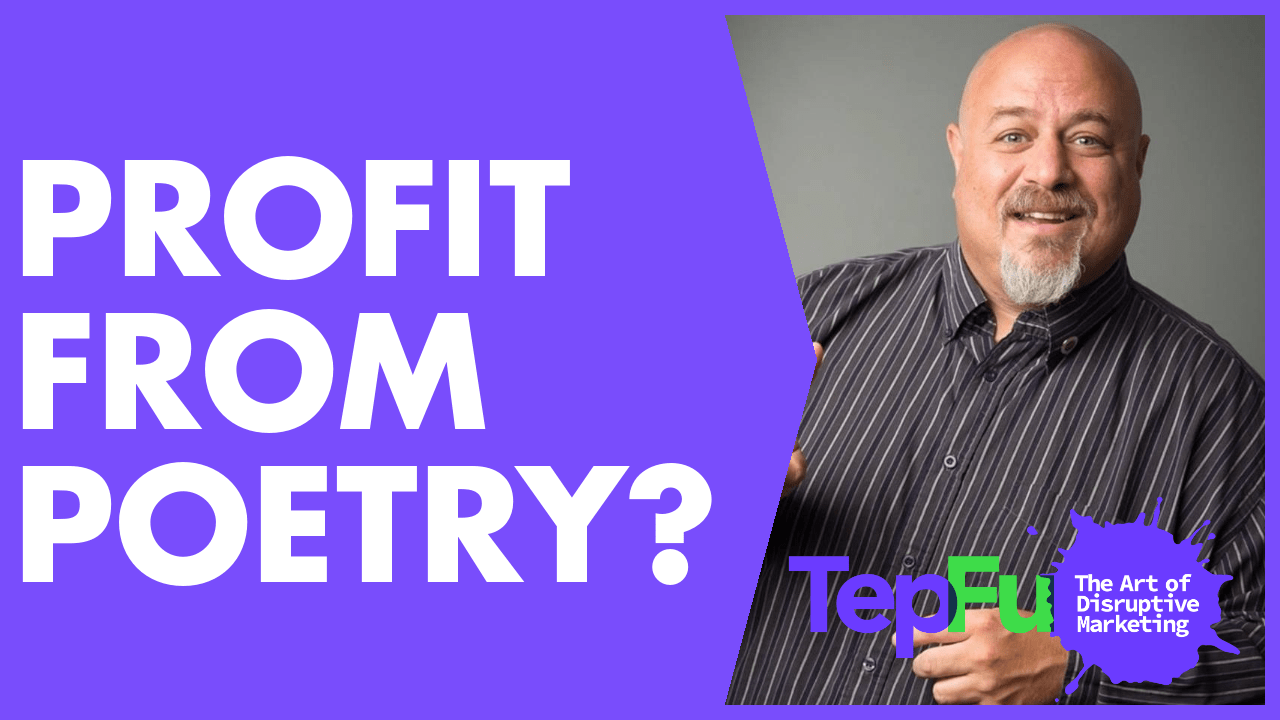