I hope you all had a fantastic Christmas, it’s about a month ago now. Can you believe it’s a month ago already!

Today’s episode is called Christmas is coming, because although we’re barely out of Christmas 2019, let me tell you when it comes to marketing, Christmas 2020 starts now.

You don’t want to miss next Christmas, in marketing we always talk about getting ahead of the curve of large events, of banner events like this and so we want to talk to you about how we advise our clients to start getting ready for Christmas 2020 now even though it’s still in January.

However there’s a lot of work to be done inwards and inside the business certainly.

There are three dates that we want to give you, and a logic to those few dates. Add these to your calendar with the following notes…

What we mean by this is on May 1st we want you to start getting ready and start thinking about your Christmas campaigns. What you’re going to run a few months later.

By the time you get to July 1st we want you to be at a stage of finalising your campaigns, because you need July and August to get any assets ready and created; whether it’s imagery, whether it’s text, whatever it is.

So come September 1st that’s the ideal time to start running your Christmas campaigns, because the biggest buying weekend’s are in November. The reality is that it’ll take a few weeks to get your campaign spinning up to full speed anyway, so you’re almost into October and that gives you 6 weeks until the biggest buying weeks of the year.

Now obviously if you’re in B2B, your campaigns are going to still be on the same timelines, but it’s not a buying or checkout cycle that you’re going for. It’s something much more consultative. You’re not going to be doing any last-minute deals if you’re IBM and you’re trying to sell some consultancy – unless I’m wrong of course IBM, but I’m pretty sure I’m not.

So what you are going to be doing is delivering? What’s the messaging that’s relevant for that time of year, to try and heat up the pipeline, to move people down the pipeline quicker, to create opportunities for enhanced engagement. So that in B2B terms you can nurture people closer to the point where they may be in a position to bring you in on a pitch or something like that.

The reality is, if you don’t start Christmas early, you will miss Christmas.

There’s three other lessons that we learn from marketing, certainly in retail, when it comes to Christmas, so I definitely want to talk those through.

The first one we’ve kind of covered but just to reiterate it. In retail, when I was marketing a leading retailer, we had Christmas in July and the team would create an entire display that PR and Journalists could come and look at, literally in July, it was Christmas in a room somewhere in London.

Now this happens a lot of the time.

So getting Christmas ready early the importance of that cannot be stressed enough really from my perspective. That’s the first of three vital marketing lessons from retail for everybody.

The second is to have a big push.

So big push you have to realise, especially in retail, you have to know your numbers. And it’s almost certain in retail that your Christmas revenue is going to be a significantly increased portion or ratio of your annual turnover.

There’s no question if you’re in retail.

If you’re in other sectors it may be slightly different, but don’t forget it’s also the end of the year, there’s a lot of amazing things happening – there’s budgets to be spent, there’s new budgets to be planned for, it’s a really important time of year.

So whatever business you’re in, it doesn’t really matter, it’s a massive time of year. You’ve got to give it the big push it deserves, that’s the reality.

If you don’t give it a big push, you do miss out on an amazing opportunity, it doesn’t matter whether you’re law firm or whether you’re selling pizzas – whatever it is, everything in between at that time of year, October, November, December, that last quarter carries so much importance to everyone.

You have to put into your diary, you have to plan in activity and planning time to make sure you leverage the absolute hell out of that and that you don’t hit January, mid-january feeling like you’ve missed out, like you’ve left something on the table or worse, that you’ve neglected to take advantage of the opportunity to nurture and grow customers and you might even lose an actual customer, which would take you backwards in revenue.

This can’t be stated enough either. Just doing Christmas campaigns for the sake of it, is a waste of time. If you’re not putting effort into it, it shows. The emails are flat, the messaging is empty, nothing’s really resonating with people, no one’s feeling inspired and if that happens people just think you’re going through the motions.

Your brand goes backwards in their estimation.

If you actually have nothing to say, you’re better off not saying anything of course.

So again a big reason to jump into planning early on this, because the longer the runway you give yourself, the more of a chance you have of being able to add massive value through that big push, even though it’s months in advance.

If you don’t give yourself time, the reality is you’ll run out of time, you’ll run out of runway, you’ll only have bland and nobody wants bland. Customers are not inspired by bland and nowadays everybody’s raising their game, so it’s actually getting harder. So even the levels of bland that people are putting out is increasing.

You’ve got to give yourself a shot.

You’ve got to be fair to your employees and to your customers and to your future customers, and you’ve got to believe in what you do enough to plan in long in advance that when it comes to Christmas, you are sat there looking at a big revenue jump, because you took the time to plan it in and take advantage early enough.

It’s a shame if you don’t, let’s face it, ultimately Christmas is a time for giving, and you want to give your staff a bonus, you want to give them the best Christmas party possible. If you’ve absolutely smashed it, because you planned Christmas, there will be more of an open bar, or there’ll be a better treat at Christmas, or a bonus or whatever it is.

So everyone’s relying on you.

If it’s your business, everyone’s relying on you to lead them to glory, and it starts right now in the middle of January, looking at the end of the year and wondering how we’re going to absolutely jump an extra nine percent in revenue or whatever it is your targets are.

How can we take a massive run-up at the end of the year and absolutely hoover up tons of value when none of our competitors are doing anything remotely exciting?

I really hope that helps and let me be the first to wish you a Merry Christmas 2020. 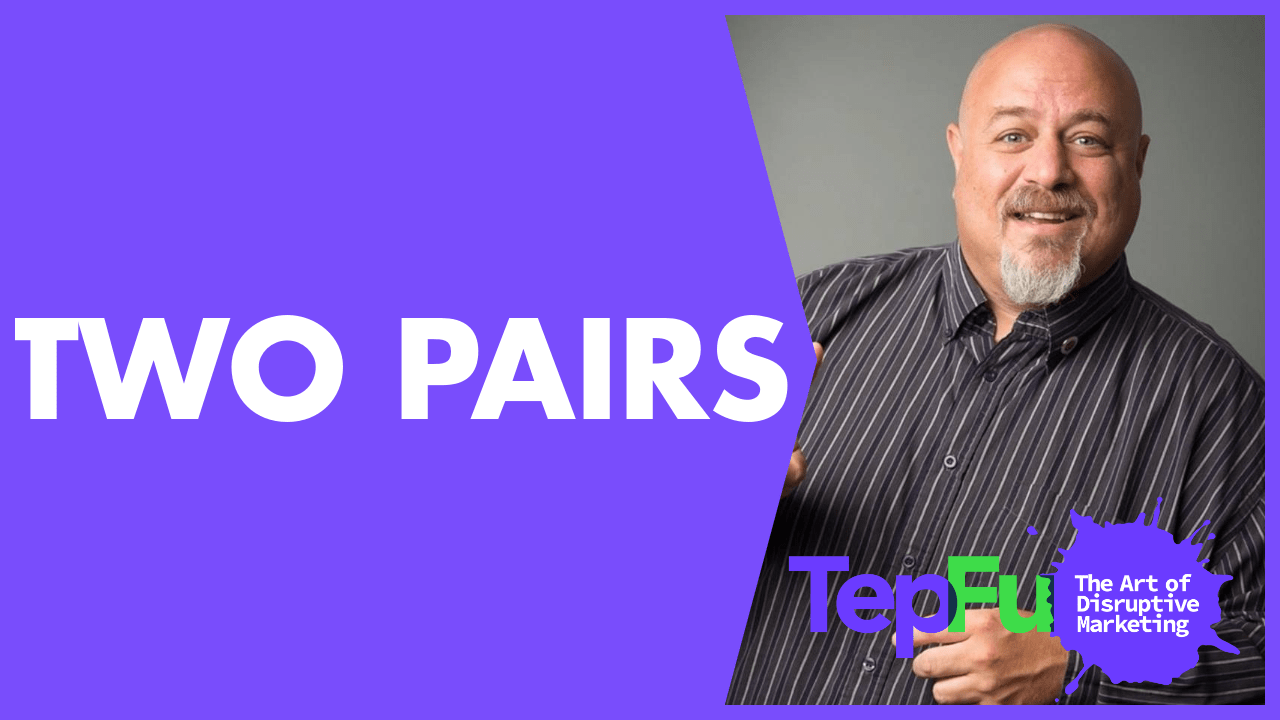