Today I want to talk about mixtape marketing.

I want you to imagine that your marketing was a mixtape.

Now let me dial back a bit, let me imagine you don’t know what a mixtape was.

In the 1980s we used to use cassettes, not CDs, we didn’t have USBs, we didn’t transmit music to each other, and certainly Spotify was not even thought of at the time. So when we wanted to give people music, we would record it onto a cassette, and we would build the perfect playlist, and then we would record maybe a message of beginning or the end, and we would colour and add illustration to the sleeve note that the cassette came in.

It was an interesting time, a long time ago now but it still feels like yesterday, and there’s a lot of lessons to be learned when it comes to marketing from mixtapes.

Imagine if your marketing was a mixtape.

There’s a few things you had to get absolutely right;

What you were going to talk about,

The order of the songs,
Whether they were relevant,

Whether they were appropriate.

Whatever it was you had to get that balance with content absolutely right.

You had to get the case just perfect, if you messed up the illustration or colouring in or adding a note, it was all ruined and you often had to recolour it all, start again.

The reasons why we created mixtapes were really important too.

Often it was for friendships, for the people we hung out with that we wanted to show them some new music that we’d heard, so we’d copy stuff (even though we weren’t allowed to, piracy back then but on a very local level between two kids going to school – didn’t really seem to matter to us).

So it was either a friendship or it was often for an infatuation, there was a girl that we loved, and so we put the perfect mixtape together to try and communicate our love.

It was interesting because the difference between what we did then and what we do now is actually very slight, and when it comes to your marketing, we’re either seeking friendship or we’re serving an infatuation.

So ultimately mixtape marketing gave us two really early insights into how the human mind behaves around friendship versus infatuation, long term versus short term, farming versus hunting.

And it came down to the choice between the fear of messing up the mixtape, or the fear of missing out on an infatuation.

What do I mean?

Well in terms of our marketing today, we often go big or go home right.

But if you go big too early in a relationship, if you try too hard, if you go too far, the farming doesn’t pay off.

People find it a bit weird if a brand gets too close to people too quickly, people find that a bit uncomfortable.

So we have to get the measure right in modern marketing.

We have to get the perfect balance right.

The messaging of the songs, the brand identity, is the cassette cover, is the notes and the little illustrations that we might have added.

And it’s exactly the same in my mind, because if you got a mixtape wrong, if you were creating a mixtape to your friends and you put the kind of songs on there that you might want to put on a mixtape for someone you’re infatuated with, the friends might get the wrong idea.

The same is true in marketing.

You’ve got to get it just spot-on for the prospect, so that they move slightly closer towards you, so that your farming exercise brings them just a little bit more closely into your fold.

If you get it wrong we repel them.

And if we get it right we attract.

So it struck me that when it comes to marketing there’s a massive similarity to be learned from mixtapes.

If your marketing was a mixtape, what shape would it be in?

Would people run miles from it?

Would they get the wrong idea?

Would they think that you were infatuated with them?

And you just wanted them for their money?

You were just hunting, you’re only looking for a short-term relationship?

Or would they go away and listen to the mixtape regularly?

That is mixtape marketing.

That was a great piece of content, and I kept looking at that direct mail every evening because it was just so wonderful, it was perfect for me as a prospect. It was building a friendship between me and that provider. It was a long-term play, it was totally farming and they were more interested in preventing themselves mucking up the relationship, than missing out on that early order.

Ultimately that’s what it comes down to.

You show your commitment to your customers by not hunting them, by not going for the short term, by not just being infatuated with them.

So make a mixtape for your customers, create a playlist on Spotify, do something different and interesting. I’m curious to hear what your thoughts are. 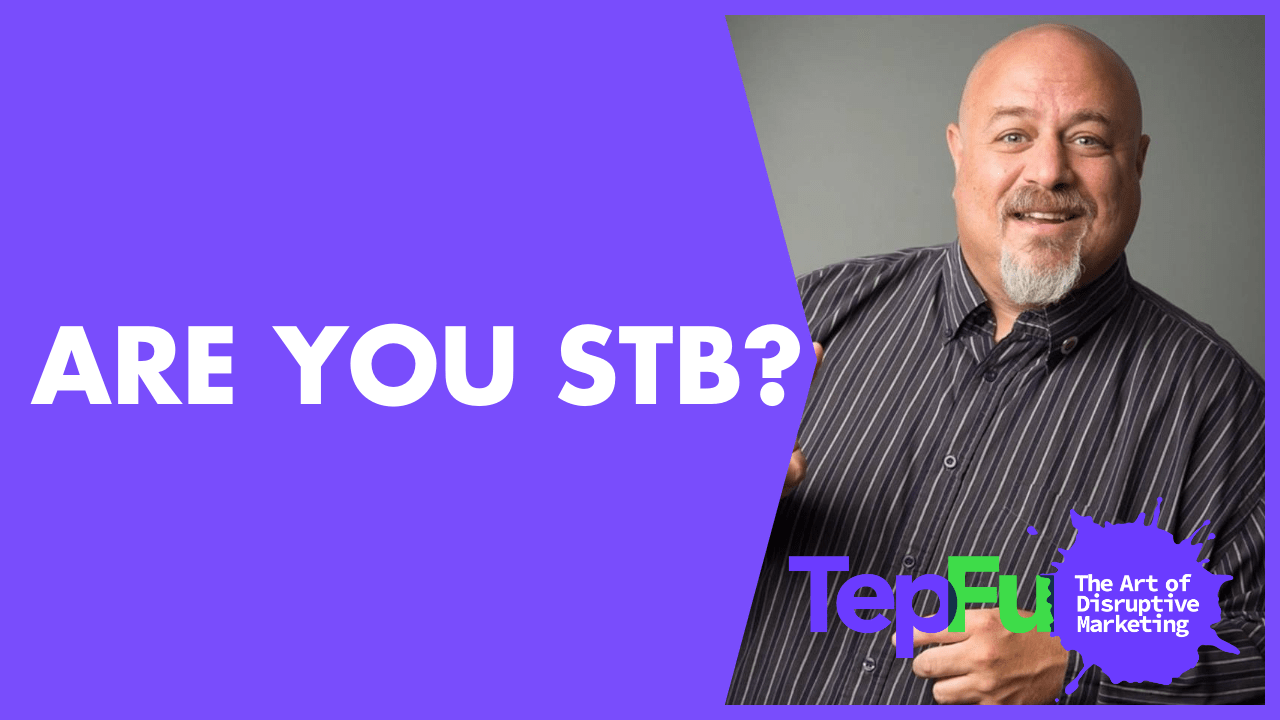